Descafecol is the only decaffeination plant in the Andean region of Colombia. The plant relies entirely on the pure water from the Navado el Ruis (a snow-capped volcano on the border of the departments of Caldas and Tolima) and natural ethyl acetate from sugar cane plants in Palmira, Colombia. 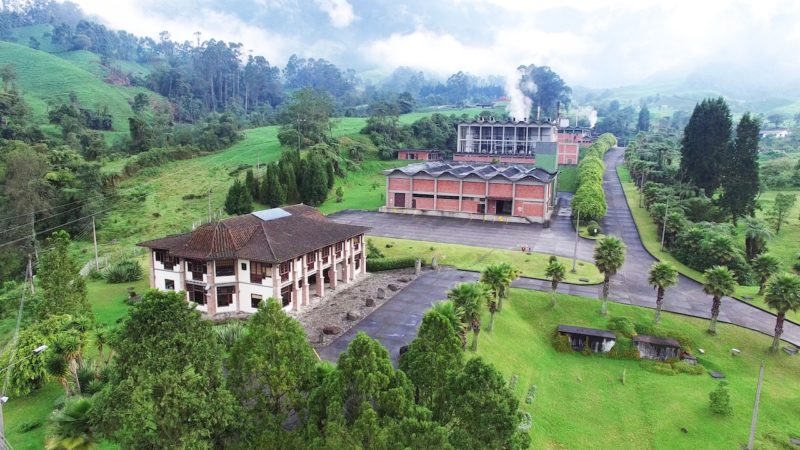 Ethyl acetate is an organic compound (C4H8O2) with a sweet smell—it’s created during fermentation and contributes to what’s often described as the “fruitiness” in a young wine.

At Descafecol, the decaffeination process begins with steaming the green coffee at a very low pressure to remove the silver skins. The beans are then moistened with hot water, which causes them to swell and soften and begins the hydrolysis of the caffeine, which is bonded to salts of chlorogenic acid. (Hydrolysis refers water interacting with a compound and causing it to loosen from other particles.) 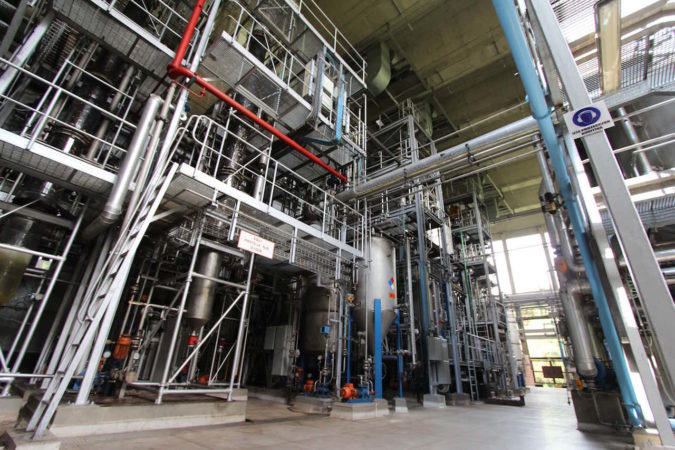 The ethyl acetate solvent is then circulated through the beans multiple times until at least 97 percent of the caffeine is removed. A low-pressure, saturated steam is then applied to remove any last traces of the ethyl acetate, and finally the coffee is vacuum-dried in drums to remove any water and bring the final moisture level to between 10 and 12 percent.

The coffee is cooled to ambient temperature with fans and then polished with carnauba wax to protect it against humidity.

From the Trilladora Andes Mill

The Centra Cooperativa Indígena del Cauca was founded in 1980 by indigenous producers from Cauca, Colombia. Since 2006, they have worked with Fair Trade–certified coffees to help address income inequality in the area.  The co-op also supports activities such as alternating crops, housing planning, and alternative energies.

Membership consists of 2,373 producers from the regions of Toribio, Caldono, Santander de Quilichao, Corinto, Morales, and Tambo. The harvest season was from April–July.

At the Trilladora Andes mill, this coffee was machine pulped, fermented for 6 to 8 hours, rinsed, and then dried on a patio for 12 hours and in a dryer for 6.

Candy-like, with notes of tropical fruit and citrus; creamy body.

FROM FARM TO CUP, EVERY TIME!

DECAF has been added to your cart!